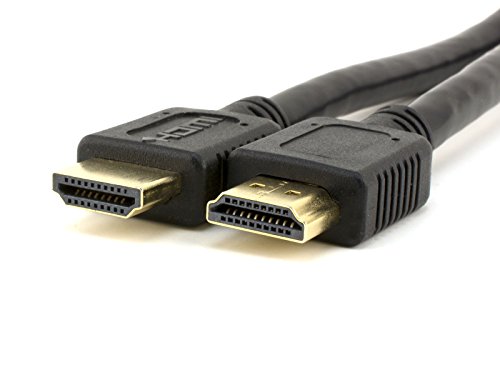 Enjoy clear, crisp, immediate connectivity with a high-speed HDMI cable. This HDMI to HDMI cable allows you to connect a wide variety of devices such as set-top box, computer system or laptop to digital television or a monitor. Cable allows you to share an internet connection among multiple devices without the need for a separate Ethernet cable.